Why I had to flee the mall this morning… 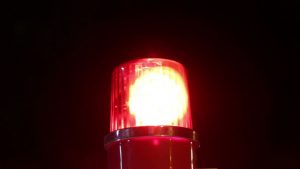 Why I had to flee the mall this morning…

Okay, first of all, as a condition of reading this, you have to promise not to call the police or mall security on me, as I tell this, ahem, fictional story.

This morning, after dropping the kids of at school, I headed to the mall. I know most of the shops don’t open until 10am, but there was a bakery open in there and I thought I could grab a coffee and a pastry, and work on a devotional until 10am when I would go and buy a Valentine’s Day gift for Cathleen.

So, I bought my coffee and pastry and sat down with the Bible open on my phone, and got ready to make some notes. Then I became aware of a sound. The mall has a sound system blasting out pop music, and the bakery had the regular hissing of coffee machine sounds, and those didn’t bother me. I could tune them out pretty well. But there was another sound, a persistent beeping, like when your microwave is finished with cooking and is insisting you get the food out.

This noise was so distracting and irritating to me that I decided to track it down, and I found that it was coming from a machine in a nearby food vendor’s shop. It was one of these open plan shops that wasn’t really guarded by anything except a counter. There was no retractable steel grid that needed to be unlocked or anything like that. Just a counter.

Now, those of you that know me, know that I tend towards the active rather than the passive. So, I looked inside that booth/store, and saw which machine was making the beeping noise. I quickly hopped over the counter, pressed one of the buttons, which stopped the beeping, and then hopped back over the counter.

I know I probably shouldn’t have done it, but I had a series of rationalizations all revved up and ready to go. For example:

So, problem solved, right? Not exactly. About 20 seconds after I stopped the beeping, it started again. So, I went back, hopped over the counter again, and this time, unplugged the machine. That stopped the beeping. I hopped back over the counter, and then noticed a different noise coming from the same area. I had inadvertently set off whatever alarm existed in that store, because now there was a louder, more insistent noise, and a flashing light. I decided that this point that I should probably leave the mall before security came around to investigate what terrible crime had been committed.

What did I learn from this?

As I was reflecting on this, as I walked (quickly) out of the mall, I was reminded of a couple of biblical principles. Proverbs 16:25 says “There is a way that seems right, but in the end it leads to death.” Now, my way did not end in death, but it could have ended in a very awkward conversation with a mall security guard. How often do we rationalize our own decisions until we convince ourselves that they are right, only to find that they lead to a negative result? For myself, I notice that when I am trying to convince myself that a course of action is right, that’s a warning sign. Right actions should be fairly self-evident, and should not require the work of “self-convincing.”

Secondly, how quickly things go from bad to worse. One of my pastor friends said this:

All I wanted was to stop the beeping. In the end, I had to flee the mall. How much better it would have been simply to walk away.

How about you? What are you doing that requires you to convince yourself it’s okay or permissible?

What is it that you’re involved in, that you should simply walk away?