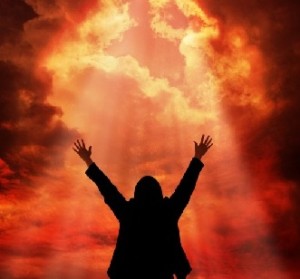 3 I came to you in weakness with great fear and trembling. 4 My message and my preaching were not with wise and persuasive words, but with a demonstration of the Spirit’s power, 5 so that your faith might not rest on human wisdom, but on God’s power. (1 Corinthians 2:3-5)

I’ve been pondering these words since our Healing Prayer and Worship Night this last Friday. More about that in a moment, but let’s look at this text first. These are the words of the Apostle Paul, perhaps the most influential Christian who ever lived, and who is responsible for a large part of the New Testament. Despite the superb quality of his logical thought and argument, he claims that words are not enough.

I don’t think he was a terrible public speaker as such. I think he realized that in his ministry, as in the ministry of Jesus, the words spoken should be accompanied by a demonstration of the Spirit’s power. I’m pretty sure this doesn’t mean greater eloquence, but rather a “breaking-through” of the kingdom in healings and deliverance.

I wonder why we, in the Western world for much of the 20th century (and 21st century so far) have placed the ultimate value just on teaching. Any casual observer of Jesus’ ministry would have seen him teach, heal and cast out demons. This powerful triad has been reduced in much of the church to just teaching.

Now, I don’t underestimate the power of teaching. It is “the truth that sets us free.” But surely this means not just truth taught (Jesus is Lord over all) but truth demonstrated.

On Friday night, we saw people healed of physical ailments, becoming free of pain. We saw emotional healing take place as people released baggage from the past and present. We saw relational healing take place as people forgave those who had wounded them. We saw prophetic words of insight and revelation given to people, which demonstrated clearly to them that God knew them and loved them. It was a wonderful evening. It felt like we were on holy ground.

Christianity without divine intervention is just a philosophy. A true philosophy at that, but truncated from its wholeness.

My prayer for myself as an individual, and for us as a church is that we will be open and seeking to create environments where God is pleased to move in supernatural power to set people free. My hope is that the sort of thing that happened on Friday night becomes more of a regular occurrence at this church, as people find freedom and out of the overflow of their gratitude, share that with others.