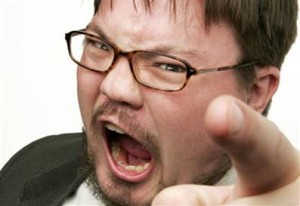 On my plane ride back from Florida on Sunday night, I read a lot of the story of David and Saul. It’s an incredible story. Saul starts off being positively disposed towards David, but then, as David gains more military victories than him (though these happened while fighting for Saul) Saul becomes jealous. From that point on, his behavior towards David is very variable.

The incredible thing is, that though he many times tries to kill David, David remains loyal to him. David never stoops to this sort of mad bloodlust that overtakes Saul. And even when he has the opportunity to take revenge, he doesn’t, and is conscience stricken that he even came close. See this extract from 1 Sam 24:

24 After Saul returned from pursuing the Philistines, he was told, “David is in the Desert of En Gedi.” 2 So Saul took three thousand able young men from all Israel and set out to look for David and his men near the Crags of the Wild Goats.

3 He came to the sheep pens along the way; a cave was there, and Saul went in to relieve himself. David and his men were far back in the cave. 4 The men said, “This is the day the Lord spoke of when he said to you, ‘I will give your enemy into your hands for you to deal with as you wish.’” Then David crept up unnoticed and cut off a corner of Saul’s robe.

5 Afterward, David was conscience-stricken for having cut off a corner of his robe. 6 He said to his men, “The Lord forbid that I should do such a thing to my master, the Lord’s anointed, or lay my hand on him; for he is the anointed of the Lord.” 7 With these words David sharply rebuked his men and did not allow them to attack Saul. And Saul left the cave and went his way.

8 Then David went out of the cave and called out to Saul, “My lord the king!” When Saul looked behind him, David bowed down and prostrated himself with his face to the ground. 9 He said to Saul, “Why do you listen when men say, ‘David is bent on harming you’? 10 This day you have seen with your own eyes how the Lord delivered you into my hands in the cave. Some urged me to kill you, but I spared you; I said, ‘I will not lay my hand on my lord, because he is the Lord’s anointed.’

This leads to one of the axioms that I try to live by:

There have been times in my life when I have felt like I was a David pursued by a Saul, where despite being loyal and supportive, the person was out to get me. And it could have been tempting to lower myself to the gutter tactics of gossip and character assassination. But at the times this has happened, I have tried to stay above the fray, and let “the battle belong(s) to the Lord.” The result has always been good. The “oppressor” has been revealed for who they truly were, and my reputation has remained intact.

I don’t know what situations you may be facing. It may be that you have a boss who mistreats you; a fellow student who mocks you for your faith; a family member who trash-talks about you. Don’t let it alter your good behavior. Be who Christ has called you to be, and don’t join them in the gutter. The Lord will vindicate those who remain true to Him. Some words of encouragement from Colossians 3:

15 Let the peace of Christ rule in your hearts, since as members of one body you were called to peace. And be thankful. 16 Let the message of Christ dwell among you richly as you teach and admonish one another with all wisdom through psalms, hymns, and songs from the Spirit, singing to God with gratitude in your hearts. 17 And whatever you do, whether in word or deed, do it all in the name of the Lord Jesus, giving thanks to God the Father through him. (Colossians 3:15-17)