Christians should be Party People 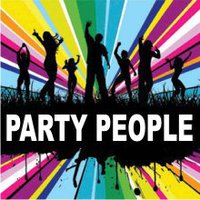 13 Once again Jesus went out beside the lake. A large crowd came to him, and he began to teach them. 14 As he walked along, he saw Levi son of Alphaeus sitting at the tax collector’s booth.“Follow me,” Jesus told him, and Levi got up and followed him.

17 On hearing this, Jesus said to them, “It is not the healthy who need a doctor, but the sick. I have not come to call the righteous, but sinners.”

At first glance, Levi is an unlikely disciple. Just like Zaccheus in Luke 19, Levi is a tax collector, a collaborator with the hated occupying Romans. And he has a lot to lose. He is in a position where he is raking in the profits by fleecing his fellow countrymen, and to follow Jesus would surely mean some changes: either giving up the profession completely, or ceasing to overcharge, and thus reducing his profits. This makes me think back to becoming a Christian at age 20 when I decided to follow Jesus. What I gave up was really the pursuit of wealth and its trappings (namely, a Lotus Esprit Turbo, which was the desire of my young testosterone fueled heart). What did you give up, and does it ever still tempt you or draw you in?

The other interesting thing about this is that Levi is the anti-hoarder. He doesn’t keep his relationship with Jesus to himself, but throws a dinner party and invites his circle of friends to come meet Jesus also. Naturally, Jesus is criticized for being around such people, but he doesn’t seem to care. From this perspective, these people are spiritually sick and they need the doctor. The irony in this story is that the teachers of the law and the Pharisees are also spiritually sick, but would identify themselves as healthy (or righteous), and thus exclude themselves from any healing the doctor could offer them. They believe that their religion should be reserved for those who are deserving. Grace says quite the opposite. It is we, the undeserving, who are most in need of grace, love and forgiveness, and God lavishes it upon us.

Will we hoard it like the Pharisees, or share it like Levi? In the end, we can only come to the conclusion that Christians are supposed to be party people, sharing the goodness of God with others. Taste and see that he is good!